The Shaw House in Leominster, MA 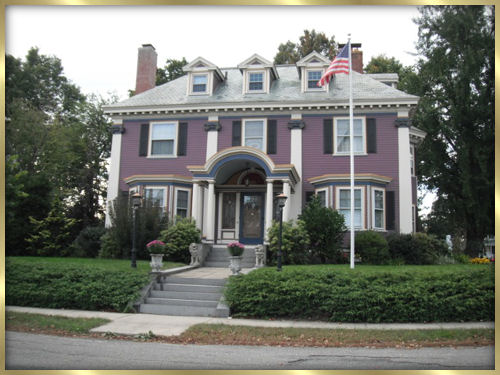 I felt compelled to share with you all the incomparable home of Donna Allard & Francis Wada.  We had the honor of doing a Ball & Chain Portiere for them, and they were kind enough to share photos and history with us. 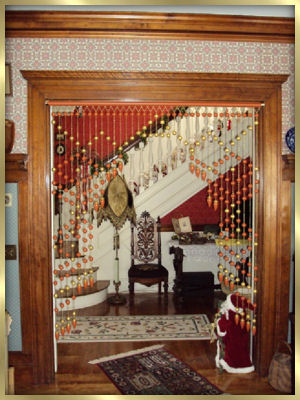 Four Seasons at The Shaw House 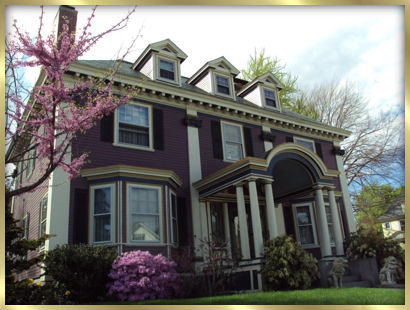 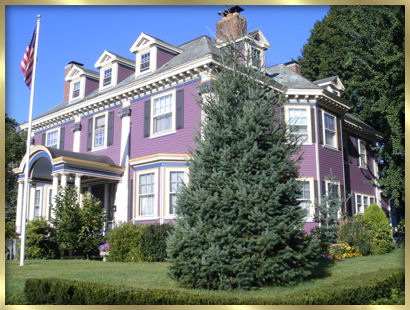 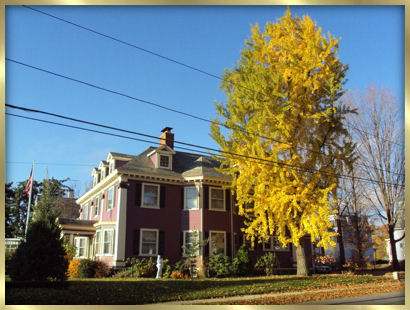 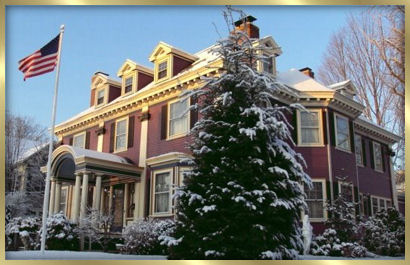 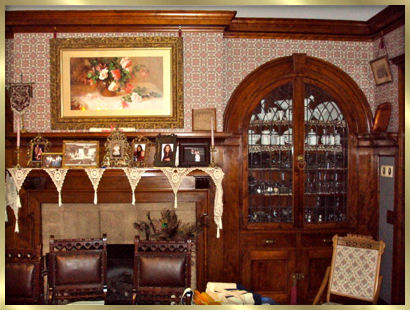 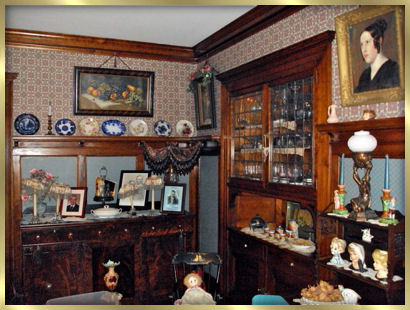 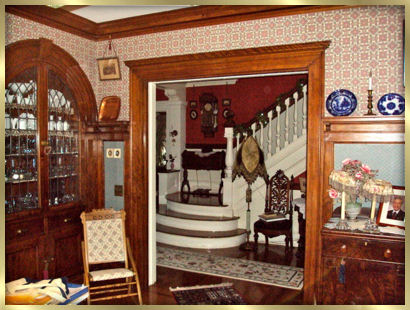 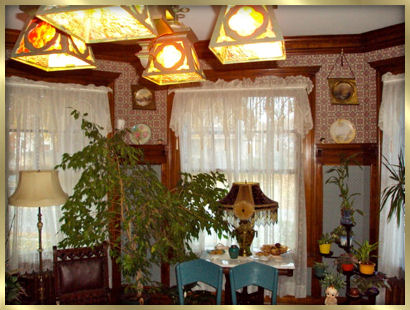 History of the Shaw House

The Shaw House was built in 1909 by Frank and Mary Shaw.  Frank worked for the Whitney Carriage Company in Leominster, MA.  The firm began in 1858 and was once the largest manufacturer of baby carriages in the world.  Frank J. Shaw, associated with the plant since boyhood, was made general superintendent of the lower factory containing the ironwork and reed departments.  He was also admitted as a stockholder and director.  Whitney Carriage closed its doors between 1952-1953 after nearly a century in Leominster.

Frank died of influenza in 1917 in the master bedroom and then waked in the formal parlor.  Mary lived into the 1940's and also died in her favorite room, also the master bedroom as she looked out the front window from her rocking chair.  The maids quarters where Lillian lived is where Donna Allard now gives piano lessons.  This was the first house in the area to have a live-in Chauffeur.  Mr. Lawrence would drive local citizens when called upon by the 3 digit phone number.

Donna got in touch with Mary and Franks granddaughter, Betty who was 83 years old living in California.  They exchanged pictures and stories and Donna and her life partner Francis Wada actually went out to meet Betty.  Dianne, Bettys daughter, came out to visit 3 years ago and stayed in Mildreds bedroom, which was Bettys mother.  We continue to keep in touch with Dianne now that Betty has passed away.

The house has 4 working fireplaces, 4 sets of beautiful pocket doors and stain glass windows in the library and at the landing on the second floor which you can see from the grand foyer.  The same motif is in the tile that surrounds the fireplace in the formal parlor.  The master bedroom and the dining room have call buttons to the kitchen and there is a cooks pantry and butler's pantry with the original sink, marble top counter and faucets.  The kitchen has been gutted but brought back to life and looks the part of a turn of the century kitchen with all the updates to make it fit into the 21st century.  The dining room has 2 china cabinets both with leaded glass.  On one side of the room the swinging door to the butler's pantry and china cabinet are squared off and on the opposite side of the large "Craftsman" style room the china cabinet and door to the formal dining room are arched with beautiful wood that has been untouched with time.  A beautiful "Arts and Crafts" chandelier with stained glass hangs over the dining room table.

Donna Allard and Francis Wada have done a lot of work on the house both inside and out including updating all the electrical and plumbing.  All the floors are hardwood and have been completely refinished.  The bathroom floors have tiny tiles with a Greek key ring pattern along the edges.   All the ceilings have been restored and painted throughout the house.  The ceiling in the formal parlor has been wallpapered with a French Victorian style paper and accented with a ceiling medallion that Donna painted to match the paper.

Francis and Donna have lived in this beautiful home for almost 13 years and have made many changes and improvements keeping with the period.  We think the Shaw's would approve.


Would you like to see more images of our Ball & Chain Portiere's?